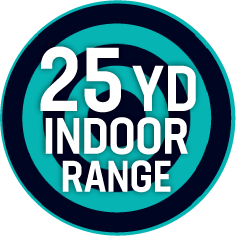 Short-Range
Prone Rifle
Prone rifle has been for many decades the most popular target shooting discipline in the UK – it is where our club began in the early 20th century and it is still going strong today (although the equipment used has evolved a great deal in that time!)

We have a four-lane range for 25 yards, used for prone rifle, and as in all other areas of our club we have some members who shoot for fun and others who invest a substantial amount of time in training for competitive shooting.

Coaching is readily available for those who wish to progress, as is basic club equipment to get beginners started in this discipline once they have completed their probationary membership.